Curiosity almost killed the cat when it came to the case of Marvin, who scoffed a whole fruit scone to spark fears of a dramatic toxic reaction that could have proved fatal.

The black cat’s antics were spotted by his owner Rosie Day, a registered veterinary nurse, and she realised the danger, rushing him to her colleagues at St Anne’s Veterinary Group in Eastbourne for expert treatment.

Rosie said: “Marvin is a real scavenger and I came down that morning to discover he’d managed to open the bread bin and eat a fruit scone.

“As a vet nurse, I knew that grapes and dried grapes, such as the sultanas in the scone, are toxic to cats. What I did not know was how long ago he’d eaten them but I realised time was of the essence.

“I took him straight down to St Anne’s and, thankfully, they were able to prevent Marvin from becoming really ill – or worse – which was a massive relief.” 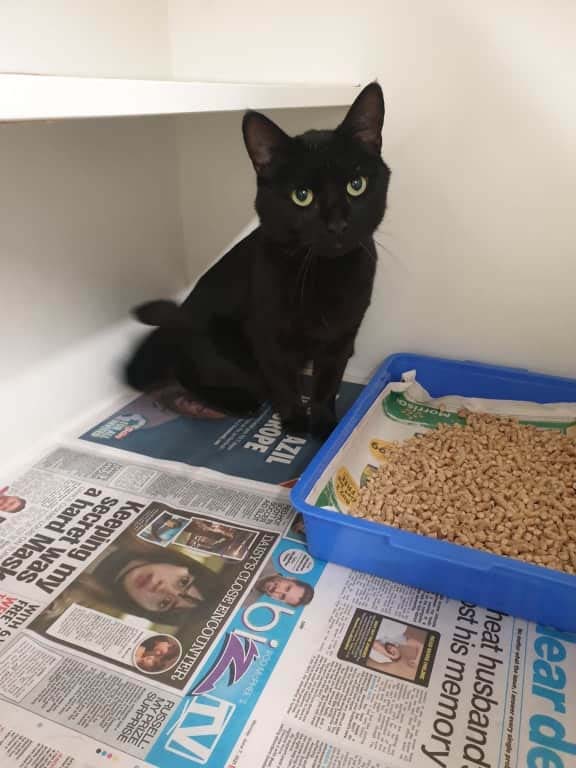 St Anne’s practice director Aled Thomas explained: “Rosie brought Marvin in and explained what had happened, so we immediately induced vomiting and, sure enough, there were lots of sultanas present."

“That was good news as it indicated he had probably only just eaten the scone, so we’d caught the problem very early before any real damage could be done.

“We couldn’t take any risks, though, which is why Marvin was put on intravenous fluids, had baseline renal bloods taken, before being given charcoal mixed with cat food.

“The charcoal helps absorb any toxins in the stomach and digestive tract and can prevent damage to the internal organs, especially the kidneys.

“It is normally a struggle to persuade cats to eat the food and charcoal but Marvin’s questionable eating habits certainly helped on this occasion and he made a swift recovery.

“He was in hospital for just over a day before being allowed home where Rosie continued to feed him charcoal until we were sure the danger had passed.”

Thankfully, Marvin is none the worse for wear after his ordeal, with no real issues and with the risk of serious illness, or worse, averted.

A warning for pet owners

“It is a powerful reminder to cat and dog owners that grapes and dried grapes are extremely toxic to their pets so they should be extra careful with their scones, mince pies and fruit cakes,” added Aled.

Join our practice by registering your pet with us